I started My Boob Site for two reasons, really…

Since the age of 16, I’ve been udderly (sic) besotted with large breasts. It all started with an unexpected encounter with a good mate’s girlfriend many, many years ago (forgive my repeated use of “he” & “she”, but I want to avoid using names to protect the not-so-innocent). The three of us were sitting in my parents living room watching the telly one weekend whilst they were away, and the conversation curiously turned to penis size.

She said that her boyfriend was huge, but it didn’t really show unless he was in a state of arousal (i.e. a grower, not a shower), whereas she observed that I looked fairly sizeable all the time. The naughty minx then decided that the only way to accurately judge would be to get a ruler, which I promptly found in the kitchen drawer.

He was the first to be assessed. She knelt down in front of him, unzipped his trousers and administered some “manual stimulus”. Although his response was predictable, I didn’t expect the results…nearly 11 inches!!

I was next, after she nervously asked her boyfriend if she could “de-pants” me and he surprisingly agreed. She lowered my trousers down to my knees and sat down on the couch next to me. Because of the earlier “show” between the two of them, there was no need to provide any additional stimulus. I measured out to 8 inches (and must say that ever since that comparison I’ve felt somewhat inadequate, despite protestations to the contrary by subsequent sex partners).

After she’d obtained her desired scientific data, she remained sitting next to me on the couch, casually gliding her fingertips over the underside of my cock. Within minutes, her playful stroking had turned into a full, tight grip. I couldn’t believe she was actually jacking me off in front of her boyfriend! Even moreso, I couldn’t believe that he hadn’t said anything!! However, much later, I had learned that he was quietly seething inside the whole time…but that’s another story.

We cleaned ourselves up and continued watching the telly. The film was “Snoopy Come Home”, and I still get terribly turned on whenever I so much as hear the theme music!

After that first surprise encounter, the three of us shared several menage et trois experiences over the following month or so – each time enjoying further indulgence in her magnificent breasts – and, ultimately, she became “my first”, taking my virginity in my own bed whilst her boyfriend looked on.

I’ve been totally hooked ever since. Rather than joining “Boobaholics Anonymous”, I decided to deal with my addiction by sharing it with others. And, of course, this includes sharing photos & videos of those women who feed my obsession. Isn’t the saying, “Starve a cold, feed a fever?” If so, join me in my breast quest and I’m sure we’ll come up with a cure. ;~)

Vix started out with a simple charity site called “VixPix – Tits Out for Multiple Sclerosis” (having been diagnosed with MS herself back in 1998), got loads of positive press coverage and supportive e-mails, and has so far raised well over £5,000 (about $10,000US) for the Multiple Sclerosis Resource Centre. A year later she got to thinking, “If I can raise so much for charity, why not earn some money for myself as well?” Such was the inspiration for her new site, Tits-Out.com!

Those who read the words as well as look at the pictures will understand why it’s getting more and more difficult for Vix to get out to work. Thus, it made sense for her to find something she could work at from home. Adult webmastering seemed a natural extension to her on-line charity work but, even more importantly, she really seems to enjoy it!

The best part for me is that I usually get to take the pictures (and parts of me occasionally crop up in her videos as well)! I also thoroughly enjoy helping to build her galleries and publicize the site; which I suppose I’m doing here. Oh well, I guess it’s only fair to make Vix “my first” in losing my blog virginity. After all, she’s extremely supportive of my predilection toward large breasts, having one – or two – of her own (sometimes, I think she enjoys them far more than I do!).

So, without further ado, I give you the very first busty beauty to grace My Boob Site – my lovely wife, Vix! 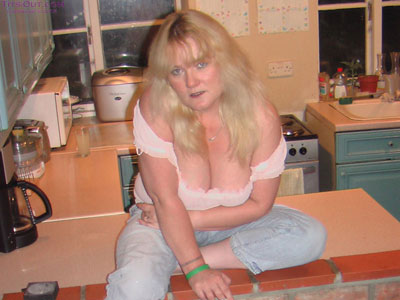 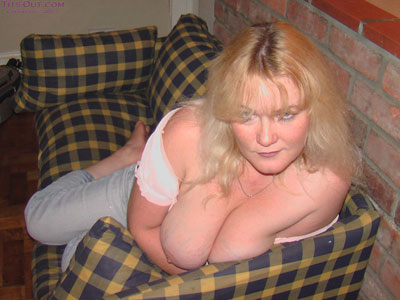 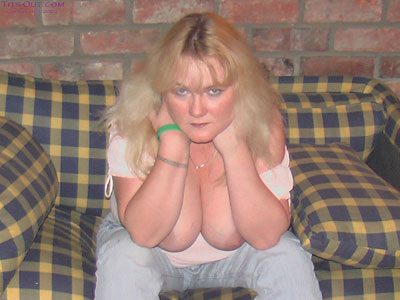 12 thoughts on “Hello and welcome to My Boob Site!”