Before we get to the video, however, I figured I might as well take this opportunity to feature a few of Sam’s latest photos in lesbian liaison with Ellecee from SexySamantha38G.com… 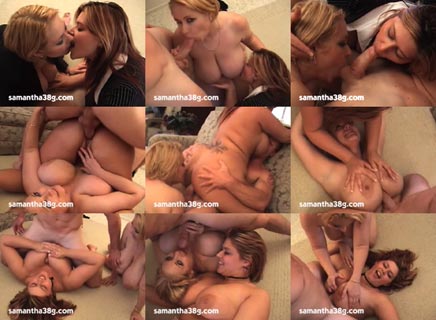